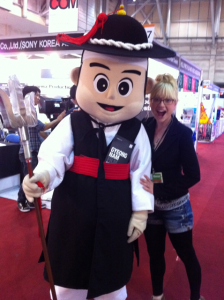 Last weekend, I rather suddenly found myself presented with the opportunity to go to the Busan International Film Festival. I hadn’t even been considering going, as I’ve been drowning in school work @ GSIS and I’ve got a presentation and midterms coming up soon (DOOM!), but when opportunity comes a knocking, you MAN UP and get your butt on the KTX high speed rail from Seoul to Busan – posthaste, right? Carpe diem!

My friend Stu Levy has been tirelessly working on a documentary about the Japanese Tsunami, “Pray for Japan”, ever since the disaster happened earlier this year and he’d been invited to speak on a panel at the Asian Film Policy Forum as a part of the festival. So, I affixed myself to his side and found myself introduced to all sorts of personas muy importantes. Lol, someone confessed to me later that when they first saw me at the opening ceremony, they thought I was a bigwig producer due to the table I was sitting at =p

Aside from the informative experience of panels and wandering the booths @ Bexco, every night was filled with parties thrown by all sorts of different film commissions! I think the coolest was definitely the one that the Australians threw at the Busan Aquarium. Not gonna lie, if I ever have bucket loads of disposable income, I’m so throwing an aquarium party. 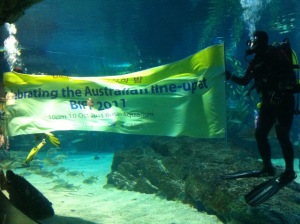 Some of the other parties were pretty sweet too. They were good opportunities to both network and have fun ^^ 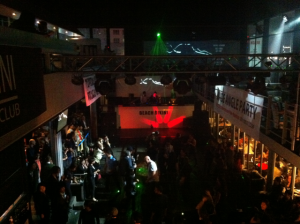 I think my favorite part of the Busan trip though was being in Busan itself. It’s just such a wonderful change of pace from Seoul. It kind of reminds me of the difference between LA and San Diego. People are just more relaxed, chill, and friendly down in Busan! I’m so heading back ^^