Here I am all happy at the end of the shoot this weekend! 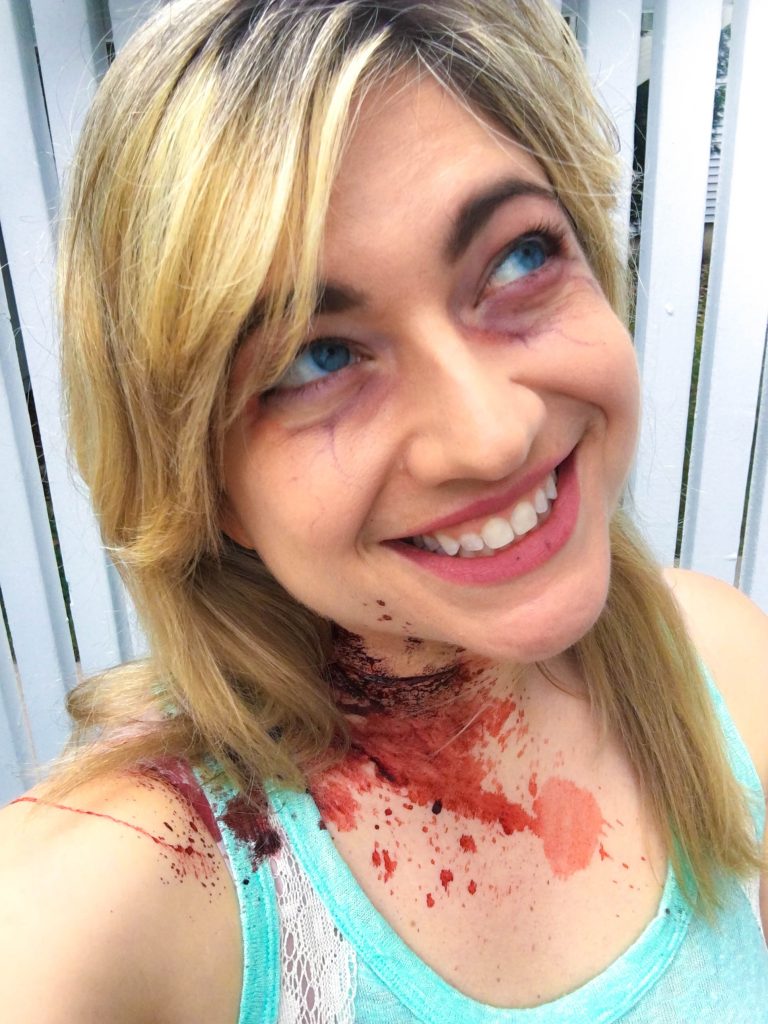 I gave this a fitting caption when I posted it on social media:

To be honest, I was a little nervous to act in this series when I took on the role. I’d never done a straight up horror show before! But, I’m so glad I took on the challenge!!

My character gets possessed and goes a little crazy. By the end of filming, I had A LOT of fun with it!

Check out episode 2 on YouTube! I’ll let you know when my second and final episode is out!