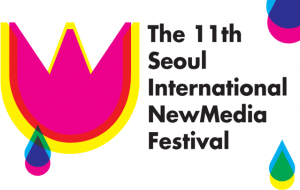 A while back, when I was living in Taiwan, I serendipitously ran into the lovely, Sao Her, a (super-talented!) film student in Taipei. When she asked me to help her out with her experimental film project, I was like, “I get to wear your traditional Hmong outfit and walk around downtown Taipei barefoot in the rain? Hell yeah!” And such was the birth of her short film “Distance”.

Well, after numerous sleepless nights and weeks of work on Sao’s part, the film has gotten a great reception from within the Hmong community and recognition from without too! In fact, in May, the film took a best film prize at the Qhia Dab Neeg (Storytelling) Film Festival in St. Paul, Minnesota! (Congrats!)

Then, the other week Sao contacted me to tell me that she might be coming to Korea. Her film was accepted for a screening at The 11th Seoul International NewMedia Festival (제11회 서울국제뉴미디어페스티벌)! Rock on, right?? 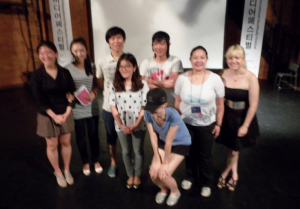 I’ve been buried to my neck in work for my Korean class, but last week I carved out some time and went to the screening of “Distance” with Sao at i-Gong in Hongdae ^^ It was amazing to see the film presented with other thought provoking works! I’m still mulling over some of them… At any rate, I’m incredibly proud of Sao.

We stayed for the Q&A after the screening and then we headed off for some celebratory chicken galbi! YUM! Hehehe 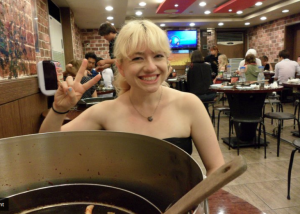 Here’s the latest edit of “Distance”: