This week’s tag was #IGotLostWhen! Let’s talk about how confusing modern life is!

Trying to find everyone of the wife's erogenous zones……. I stopped at shoes and chocolate

#IGotLostWhen Siri got mad at me.
Shouldn't have told her to shut up… Now I'm in Boise.
I think.@LunchCrunchNews

#IGotLostWhen they told me Vodka wasn't in the food pyramid.

#IGotLostWhen math started having letters in it.

#IGotLostWhen you gave me those instructions. Was it wax on or wax off? pic.twitter.com/WsRaIhNIIR

#IGotLostWhen I was googling "Gary Oldman" and I forgot the 'r'.

#IGotLostWhen your dating profile said you were looking for a "partner in crime".
I'm a law abiding citizen.
On paper.@LunchCrunchNews 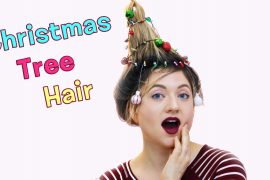