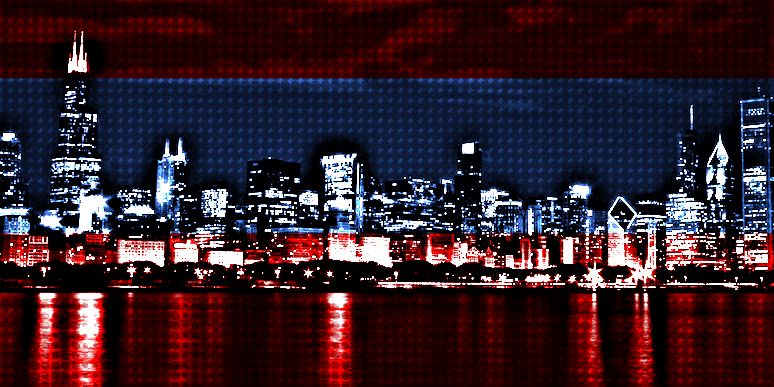 Last July, I returned to my original hometown of Chicago after having lived in New York, Beijing, LA, and Seoul over the course of the past 9 years. Having spent a couple of years doing talk shows, travel shows, and cheesy reenactment programs in Korea, I realized that what I loved most was comedy and my time spent with my improv troupe: Seoul City Improv. After agonizing over the decision for months, I finally decided to come back to my original hometown and get the one way ticket from Seoul to Chicago specifically so that I could make the July audition for the conservatory program at The Second City.  As fate would have it I failed that first audition and began my personal journey down the seven stages of grief with an emphasis on the emotional eating stage.

“In the beginner’s mind there are many possibilities, but in the expert’s there are few.”

I suppose it’s true when you’re trying to master any craft that you learn how to do it, get somewhat good at it, and then reach a point where you think you’re great at it since you can fool the average layperson into thinking so. Of course, that’s hubris which is easily solved upon moving out of your small pond. Once you’re in the big leagues, you realize you’re really not as great as you thought, fall into a pit of depression, and are lucky to make it out of the other side of the Ben and Jerry’s carton unscathed. That’s when Socrates would say “I’m wise because I know that I know nothing, bitches!” As you RECOMMIT slowly realize you’re not as horrible as you thought, you’re blessed to commence the slow and arduous progression of going from an intermediate sort of mastery of whatever subject to true expertise. If Gladwell’s 10,000 hour hypothesis is true, good luck getting all those hours under your belt!

Okay, you got me –  I wrote that in the second person, but clearly that was my first person narrative of moving from Seoul to Chicago.

As it just so happened, I had signed up for a class at the Annoyance to take over the summer. I’m incredibly glad I made that choice. One day in August a couple of my classmates and I went to get a drink and check out the show Messing with a Friend, starring Susan Messing. That week’s friend was TJ Jagodowski. It blew my mind – that was how improv is supposed to be. It was hilarious, intelligent, irreverent, and can I go so far as to say life-affirming? It convinced me without a shadow of a doubt that I’d made the right choice to come back to Chicago and Susan Messing became my improv hero.

In the end, I became thankful that I failed that first conservatory audition because it was truly a blessing in disguise. I learned about other classes and programs offered at both The Second City and iO, and because of the mental space I was in, I was open to starting the Second City writing program, a movement class, stand-up class, and a scene study class. I passed the second audition I had for the conservatory program, began class at iO, took a course on the game of the scene with Kevin Mullaney (I listened to his improv resource center podcast a bit when I was back in Seoul so that was cool!) and thanks to the accelerated writing class I took, I’m already in level 5 of the writing program, so we’re starting to create our graduation show! I’m also taking clowning with Dean Evans, which is amazing, and dramatic improv with Rachael Mason, which I totally recommend (FYI: She gave a kickass presentation on satire at a recent writer’s salon)!

Thanks to the awesome people I met in that scenic study class, I’m currently I’m in a four girl troupe: Once Again, Zelda and am starting a duo with another girl. I’ve also been doing stand-up gigs all around town and sometimes perform with the girls of Sweet Caroline 🙂 Recently I’m performing in Second City’s coached ensembles and we are kicking butt and taking names! Perhaps most crazy is that my level 1 iO class (taught by Todd Edwards – the man, the legend) is seriously working on putting together a sketch show.

And to top it all off, I’m taking level 2 at iO with my improv hero: Susan Messing! (I had originally started this post with the intention of writing about what I was learning in her class, but I suppose you will all have to wait with bated breath for that post because it’s bed time for me!)